HOW DOES IONIC FOOT DETOX WORK?

The Ionic Body Balancer session combines water, salt and a small electrical current to produce negatively charged ionic energy that cleanses at the cellular level, charges up the cells like tiny batteries, and promotes healing through the detoxification of free radicals and toxins to promote healing.

This process starts with the deconstruction of a small amount of water into its base elements of hydrogen and oxygen by the process of electrolysis. This creates negatively charged ionic energy, hence the phrase, “negative ions.” This energy is pulled into the body by its energy meridians at their terminus points, which are also known as reflexology or acupressure points on the bottom of the feet, or the palms of the hands. That negatively charged energy travels throughout the body via the energy meridians. Think of them as power lines.

This is analog energy, which is the type of energy the body produces through chemical reactions at the cellular level. The energy from the water is distributed throughout the body. That negatively charged energy breaks the positive energy bond that toxins and free radicals use to attach themselves in our tissues. They float free, and are flushed out of the body by the lymphatic system through the excretory system over the next 24-48 hours.
The analog energy also cleanses and stimulates the lymphatic system so it can flow freely and efficiently drain the toxins from your body.
Some companies claim that their machine can produce both positive and negative ions.  The basic physics and basic chemistry of this technology can ONLY produce negative ions. When they make this claim, they are talking about switching which part of the array received negative current, and which part received positive current. The side of the array which receives negative current, pulls material from the part that receives positive current, just like the process of electroplating. They need to switch that current because they have a very small amount of metal mass, generally about one to two ounces, inside their array. Our ionizing array contains about 2 pounds of metal mass. Again, it is impossible for this technology to produce positive ions due to the electrical structure of the hydrogen and oxygen that comprise the water. Those companies make the negative/positive ion claim for two reasons: 1) to hide the fact that they have such a small amount of metal in their arrays, and 2) to turn that deficiency around to make it sound like their machines do something other machines do not, when in fact those claims are impossible given how this technology works.
Electrical current produces ions based on the raw chemical materials of whatever molecule is being electrically charged. For example, magnesium has a positive charge once it is in an ionic state. Sodium has a positive charge, while chlorine has a negative charge; combined as sodium chlorine (table salt), the charge is neutral. The ionic charge of sodium molecules CANNOT be changed by simply flipping a switch on an electrical device.
Your immune system requires T-Cells for health. The more toxins in your Lymph System, the less T-Cell production can take place in it. The lower the T-Cell production, the weaker your immune system becomes and the easier you become ill.
If your lymphatic system becomes clogged and cannot drain these toxins, your immune system will be weakened to the point where you become more susceptible to constant illness because T-cell production has been impaired or compromised. 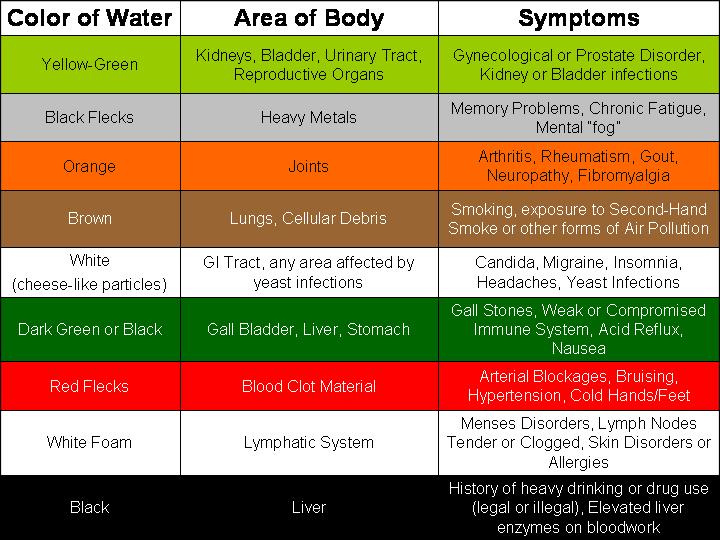